Overview of MRV and UNFCCC guidance

MRV stands for measurement, reporting and verification. MRV of greenhouse gas (GHG) describes the process of measuring (and monitoring) GHG emissions; compiling and reporting this information to a system, program or body; and then subjecting this reported data to a party review and verification process.

The scope of MRV depends on the user and goal. It may include, for example, MRV of GHG emissions (e.g., emission inventory), MRV of mitigation actions (e.g., policies and projects), MRV of support (e.g., climate finance and capacity building) or MRV of other impacts, such as gender (Box 1).

The term MRV originally came from the Bali Action Plan, the negotiating text of the UNFCCC (UNFCCC, 2007) in Bali, Indonesia at the end of 2007. The basic understanding of the Bali Action Plan is that climate change mitigation actions—mainly reduction of GHG emissions—shall be implemented in a “measurable, reportable and verifiable” manner.

The UNFCCC provides official guidance for measurement (or estimation), reporting, and verification of GHG emissions and mitigation actions at the national level. The guidelines for measuring and reporting GHG emissions to the UNFCCC are well established. Verification processes differ depending on the type of report.

The UNFCCC and Paris Agreement expect developing country parties to measure (or estimate) the effects of domestically and internationally supported mitigation actions (such as Nationally Appropriate Mitigation Actions (NAMA) and Nationally Determined Contributions (NDC)). This type of MRV is voluntary, and there are no prescriptive guidelines. Countries are expected to create their own systems according to their circumstances and priorities. This has allowed more flexibility but has also created confusion as to what constitutes MRV of mitigation actions and what minimally acceptable practices might be (Box 2). 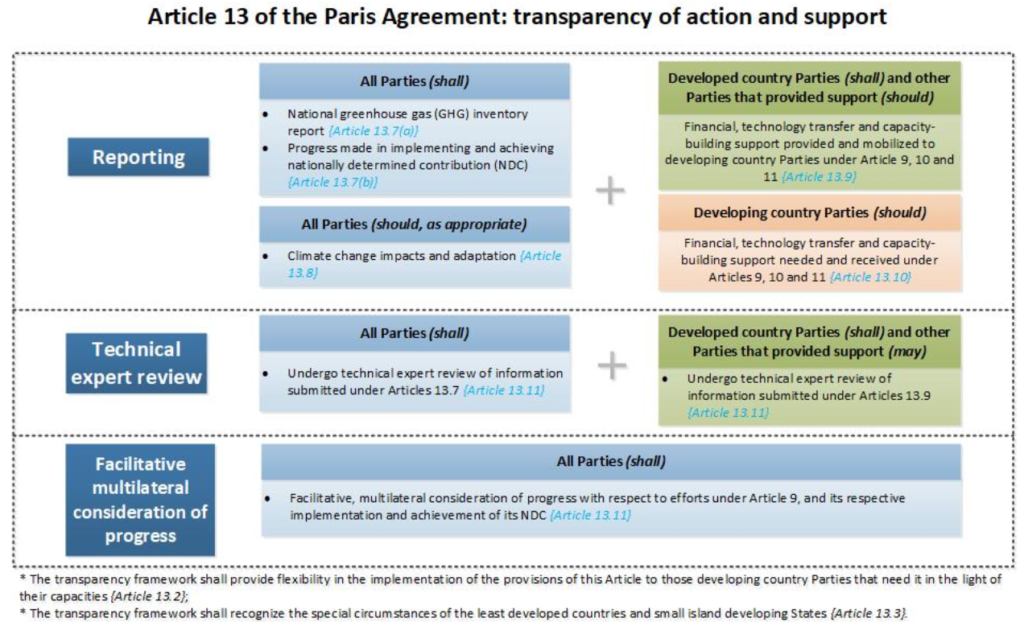 Also check out the AgMRV Platform for Agriculture